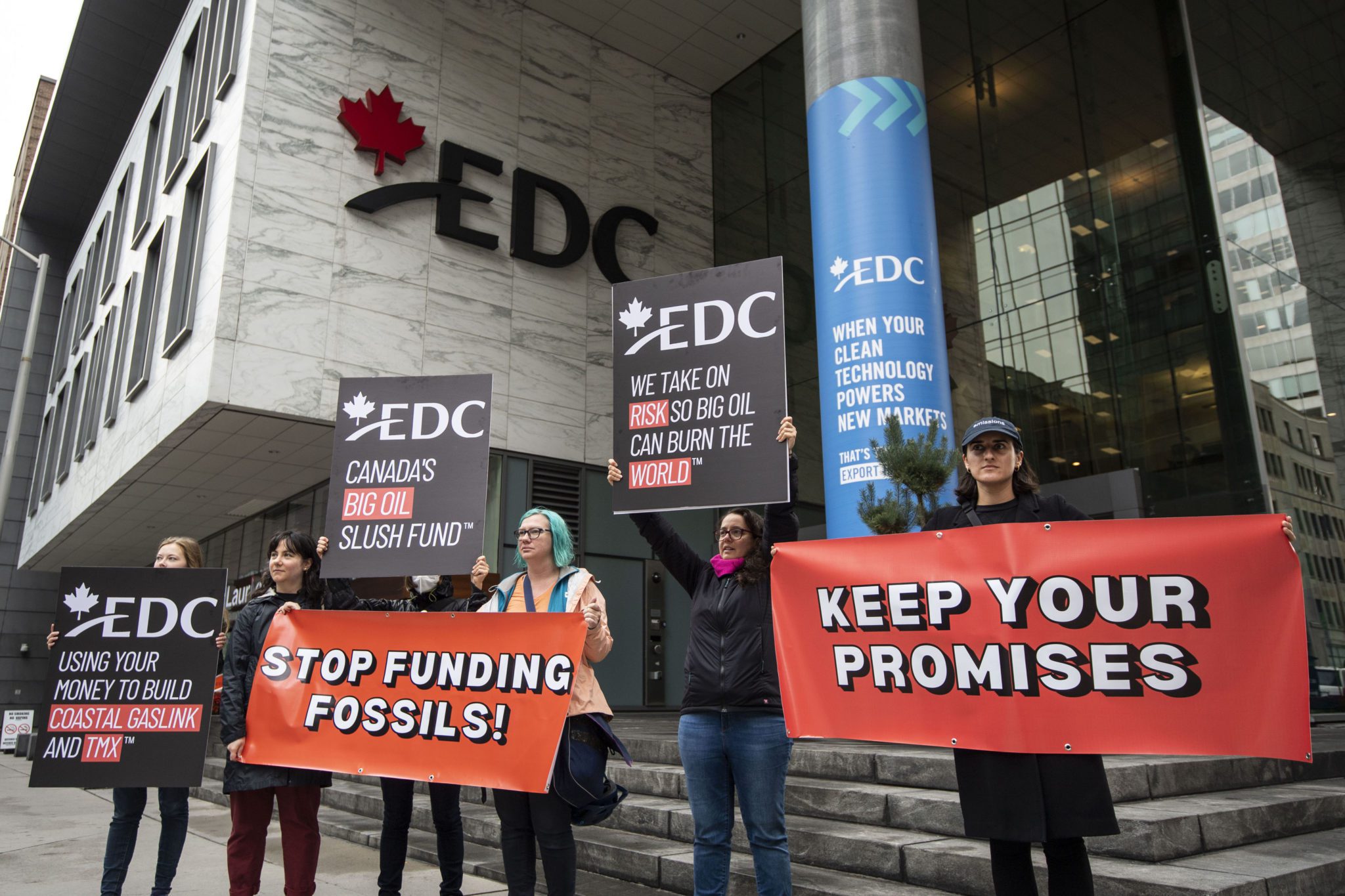 This is a big deal. It marks a critical step towards eliminating Canada’s massive levels of support for oil and gas. It also begins to align federal spending with a climate-safe future, by prioritizing public dollars towards climate solutions like renewable energy. If applied with integrity, this would end Canada’s track record as one of the worst providers of international fossil financing in the G20 and shift billions towards climate solutions.

It wouldn’t have happened without you and thousands of other people who support our work to stop funding fossils. 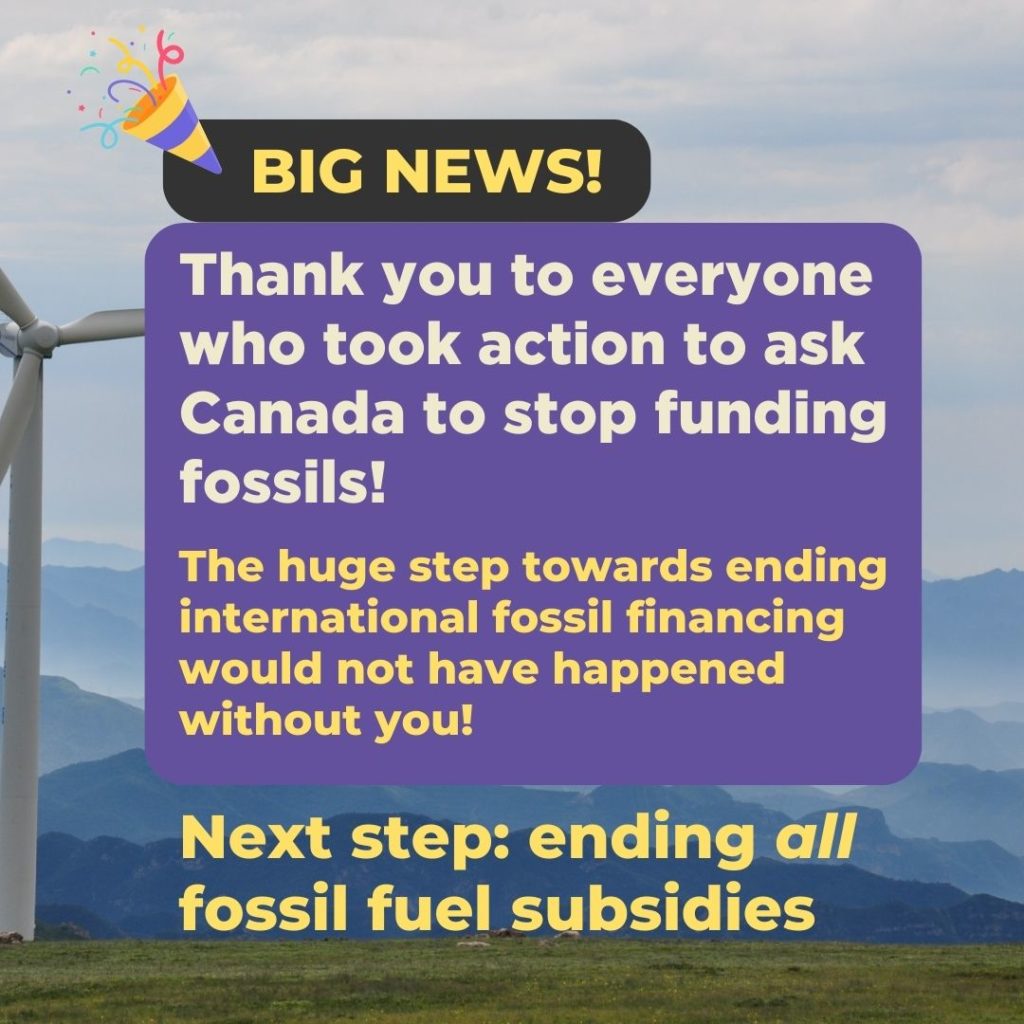 With this new policy, Canada joins a group of first movers who have implemented the pledge signed at last year’s UN climate conference (COP26) to end their direct international public financing for fossil fuels by the end of 2022 and fully prioritize their public finance for the clean energy transition.

The landmark agreement, known as the Glasgow Statement, is the first international commitment to address public finance for oil and gas. If all signatories follow through on their pledge with integrity, it will directly shift $38 billion a year from fossil fuels to clean energy.

Countries are finally acknowledging that public financing of oil and gas is a major climate risk. This sends an important signal to investors and people around the world that the sun is setting on fossil fuels.

What do the new rules do?

The new policy applies across all federal departments, agencies and Crown corporations, but will predominantly impact Export Development Canada (EDC), a Crown corporation with a long history of funneling billions in support to the oil and gas industry. EDC currently provides billions in international financing to companies like Parex, a Canadian company involved in fracking operations in Colombia and implicated in human rights violations. Not any more!

Though there are some loopholes in the policy, it also lays out a number of robust conditions that projects must meet. For example, any project receiving financial support must align with a pathway consistent with limiting global heating to 1.5°C. That alone would rule out any new fossil fuel project.

Next up: domestic subsidies

The new restrictions will impact support for fossil fuel projects abroad. However, the bulk of public financing for fossil fuels supports domestic activity – not international. (Confused about the difference? Check out our FAQ.)

The Government of Canada has already committed to ending domestic fossil fuel subsidies by the end of 2023. Given that the federal government has already provided up to $18 billion in traceable support to oil and gas companies so far this year, it is critical that Canada make good on these commitments – urgently!

It’s up to us to make sure the government delivers. Building off the success we’ve accomplished this year, we must work together to end all fossil fuel subsidies, without any exceptions.  Take action today!