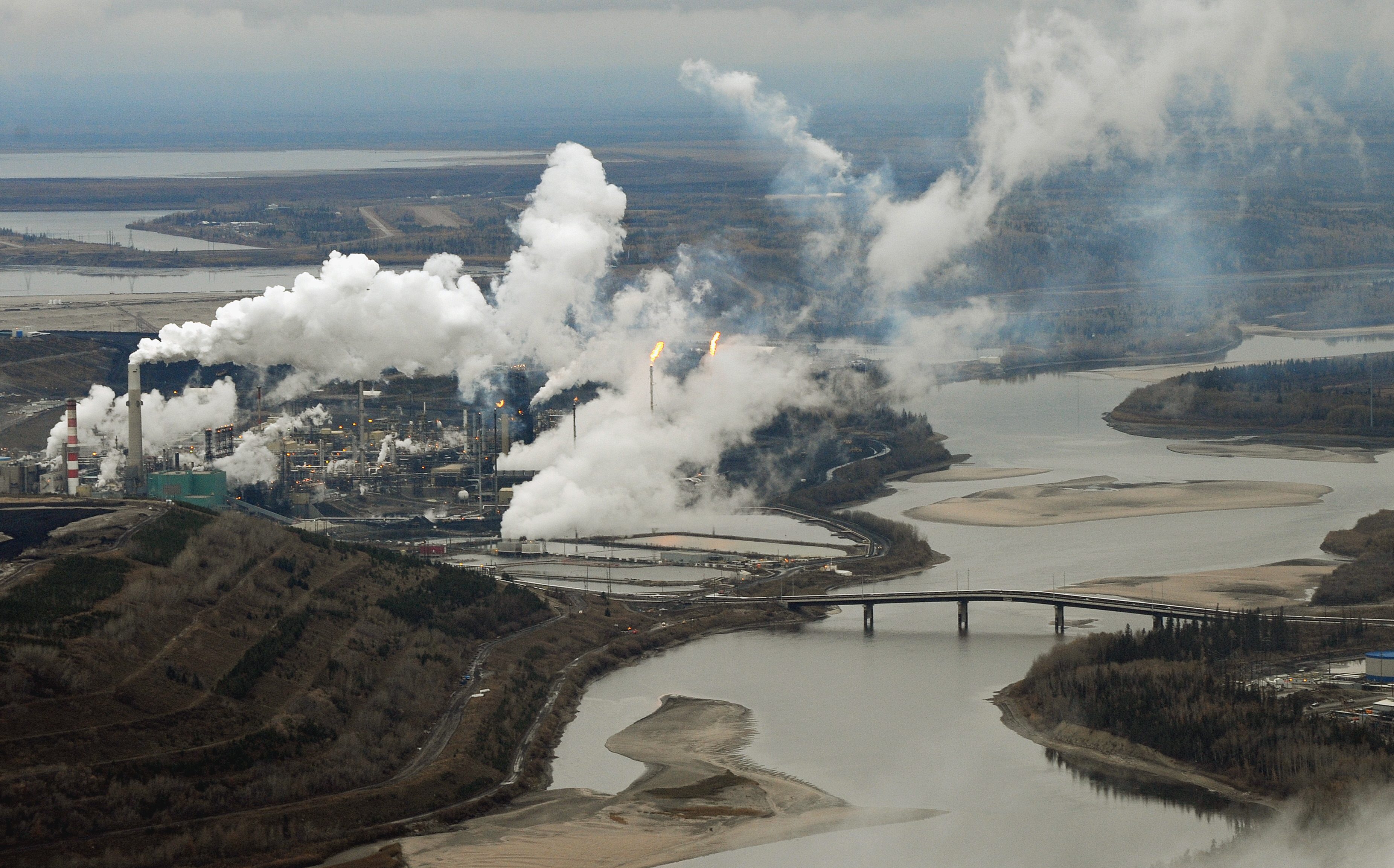 An aerial view of the Suncor oil sands extraction facility on the banks of the Athabasca River in Alberta, Canada, in 2009. Scientists say contaminants found at the bottom of lakes in Alberta are from air pollutants from the facilities responsible for producing and processing tar sands oil.

There are an increasing number of companies and countries that are pledging to reach Net Zero carbon emissions–or carbon neutrality–by 2050. That was the timeline laid down by the most prestigious body of climate scientists for limiting warming to 1.5 degrees, the “safe” threshold for global warming.

But it’s clear that many big polluters are only using it as greenwash. After all, if you make a product that is the cause of climate change in the first place–fossil fuels like coal, oil, and gas–your approach to tackling climate change better be to fundamentally change your business model, and stop producing this dangerous product.

Don’t just trust me on that. The world’s foremost authority on energy, the International Energy Agency IEA), concluded the same thing in a recent report. (A previous blog of mine explained that report here.)

What the IEA found was that the world should not invest in or approve new fossil fuel projects. None. And that fossil fuel production should shrink by 75 per cent by 2050 in order to limit warming to 1.5 degrees and achieve net-zero by 2050.

So let’s look at a very recent initiative, the Oil Sands Pathways to Net Zero alliance, made up of five companies that represent 90 per cent of Canadian oil sands production. Its tagline is “Helping Canada achieve its climate goals.”

Sounds good, right? It must’ve seen the IEA report and concluded that it needs to stop investing in oil, and shrink its production to achieve Canada’s net-zero goals? Nope. All the companies plan to increase production.

Already feels like a giant greenwashing exercise. But let’s dive deeper. To assess how serious net zero pledges are from corporations, there are three fundamental questions one should ask:

To illustrate the emptiness of this net zero pledge, let’s look at Canada’s largest oil sands company, Suncor. It has promised to reduce emissions from its own operation by 10 million tonnes over the next decade. Looking at Figure 1 below, you can make two pretty big conclusions from that pledge: 1. It completely ignores the vast majority of the emissions, those from actually burning the oil. 2. Increasing oil production (and the carbon emissions that result from that expansion) virtually wipes away the progress made on operational carbon emissions.

This is the path to oil sands companies “helping Canada achieve its climate goals”? I don’t think so. As clearly shown by the IEA, every net zero pledge from fossil fuel companies needs to be rejected if it doesn’t include sharp declines in the products that cause climate change: coal, oil, and natural gas. 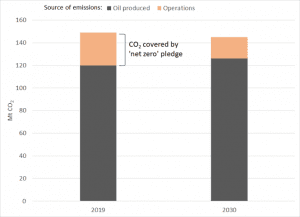 Until these petroleum companies completely change their business model and plan a phase out of oil and natural gas production, governments, consumers, and citizens need to reject what they’re selling: fossil fuels and catastrophic climate change. Their plans are nothing but greenwashing.