Premier Doug Ford recently sent out a fundraising email about the proposed Highway 413. We thought it would be helpful for Ontarians if we did a bit of fact checking on its contents.

Note: The text of the email is in italics. Our fact checking is in regular text.

Wow! What an incredible start to our re-election campaign.

I was in Peel reaffirming that only a re-elected PC government will build Highway 413.

True. The Green Party, Liberal Party and New Democratic Party have all committed to cancelling this highway if they are elected. 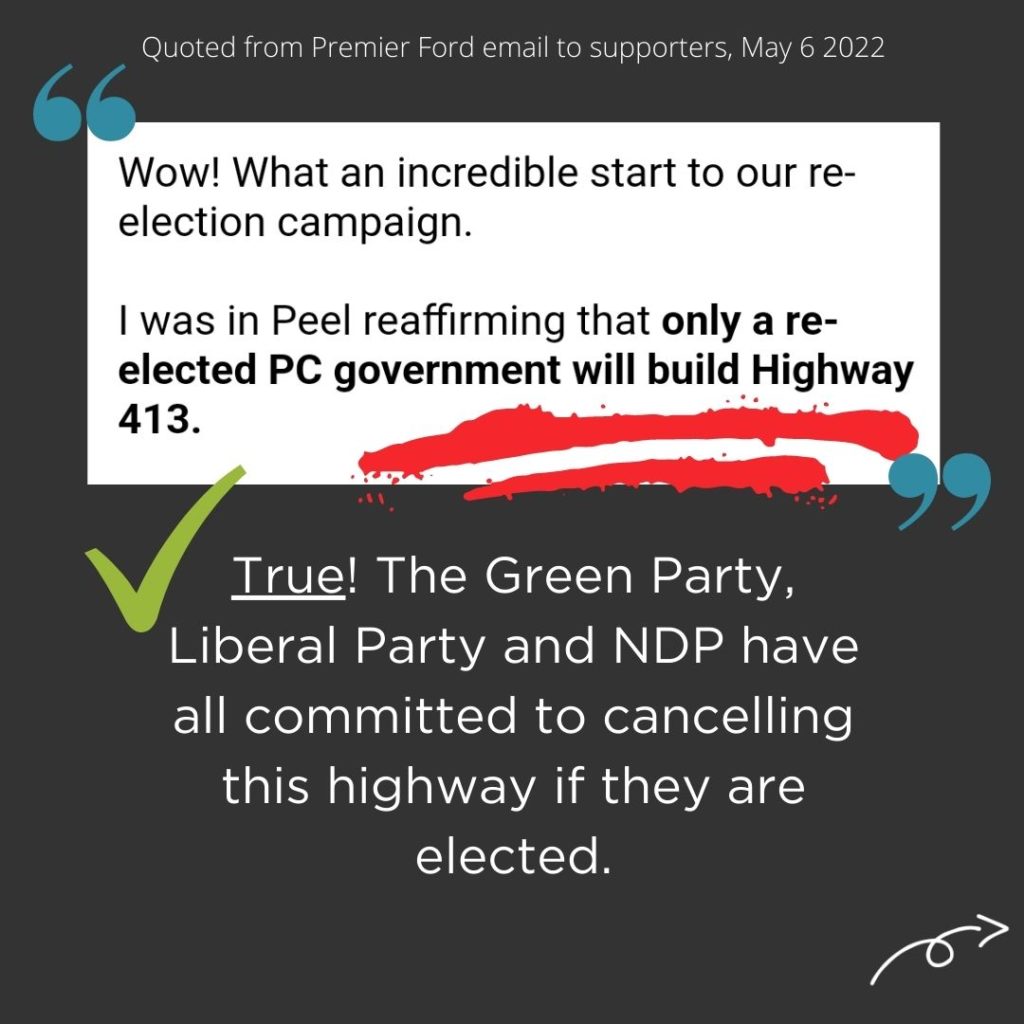 Let me tell you, the momentum was strong.

False. Yes, there’s momentum, but in the opposite direction. Thousands of Ontarians have written to their MPPs and MPs opposing Highway 413. Almost all Municipal governments along the proposed route oppose it and the federal government has listened to the concerns and designated it for an Impact Assessment.

False. Only about 29 % of GTA residents want to see Highway 413 built.

It will save drivers an hour each day.

False. An expert panel determined that Highway 413 will save drivers in the GTA about 30-60 seconds per trip. It will also cost more than $8 billion according to a recent estimate.

That means 5 extra hours each week for you to spend with your loved ones.

False. Highway 413 will enable massive new sprawl north and west of Brampton that creates gridlock. Highway 413 would also run from Milton to Kleinburg. How many of you commute between these two towns everyday? 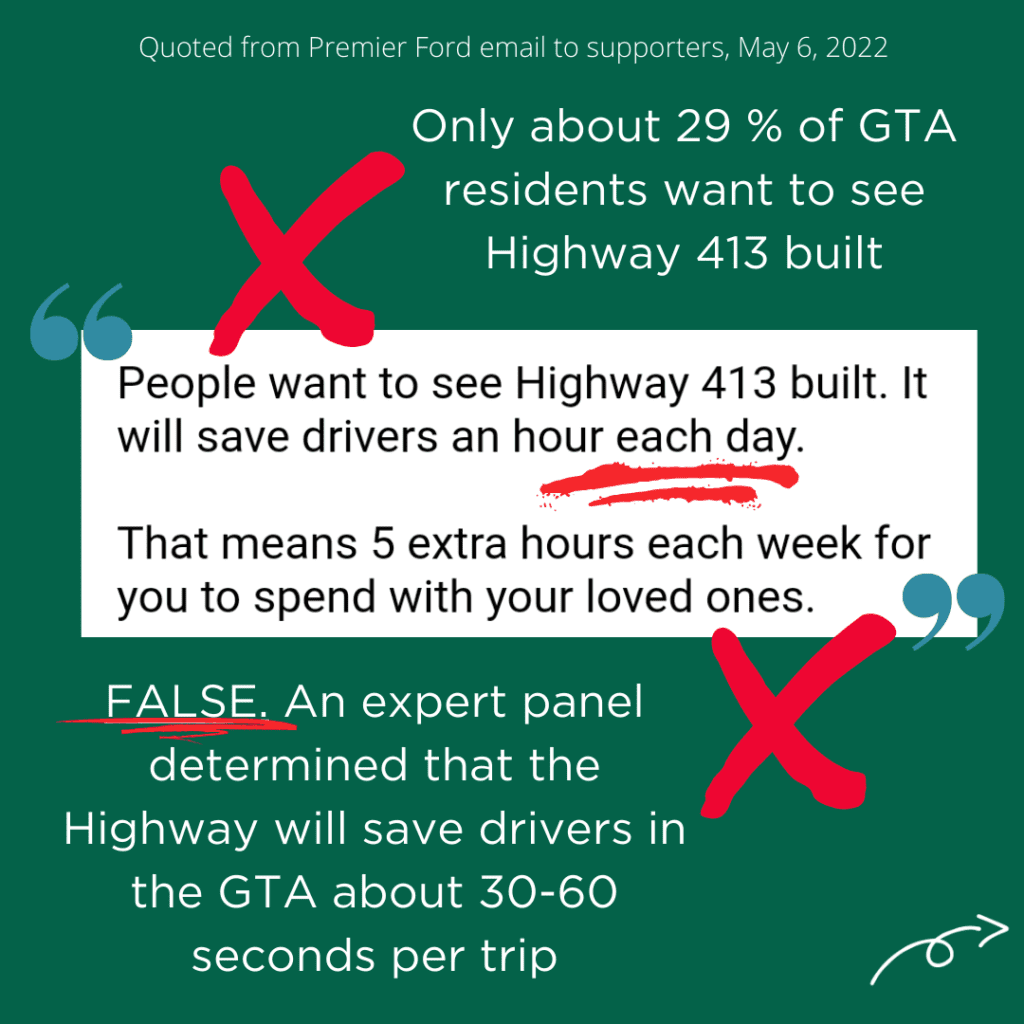 All True. The current government wants to spend $billions of our money to massively accelerate 400 series highway construction and sprawl across thousands of acres of farmland, forests, rivers, wetlands, existing parks and the Greenbelt. This is at the expense of our climate and housing affordability, while creating gridlock, increased costs, pollution and lower quality of life. All investment must be in public transit to create all-day GO service at all stations, electrify the rail system and make local public transit available to all. 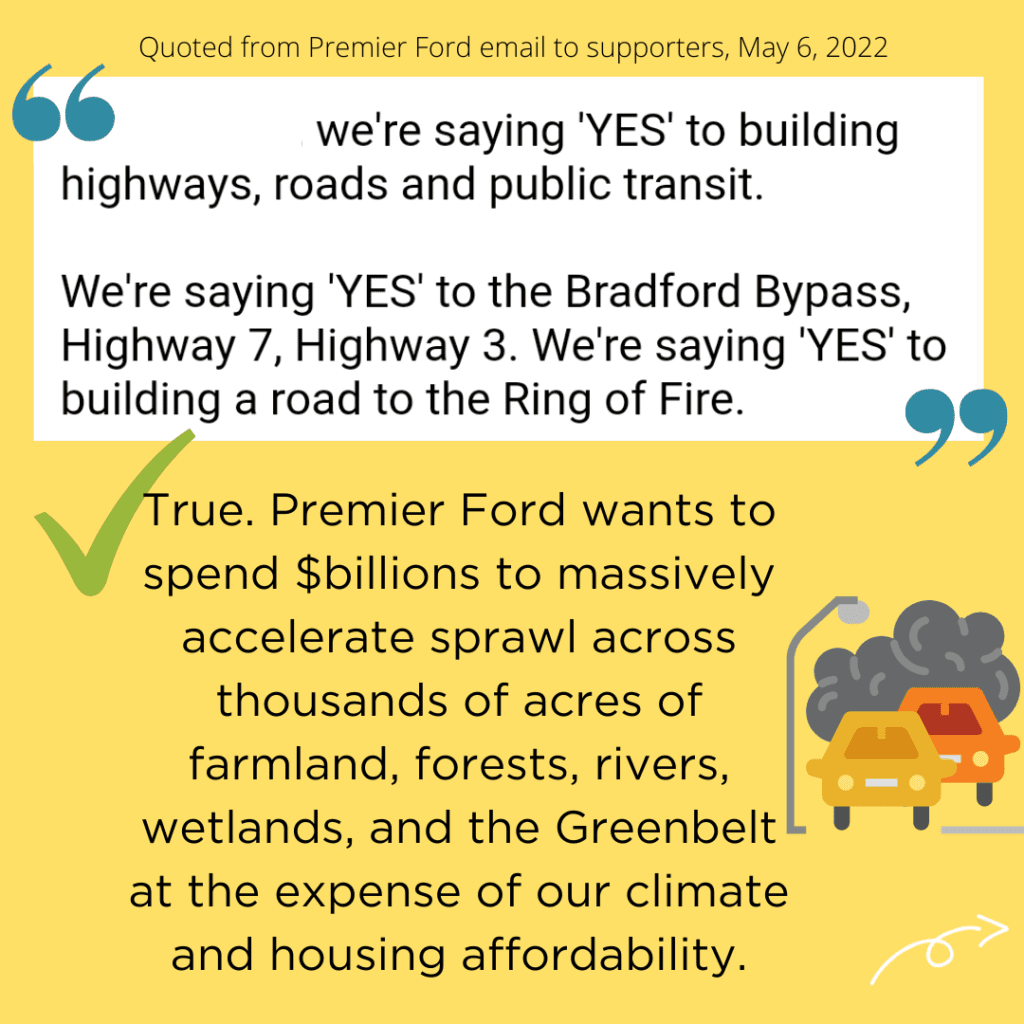 It’s time to put an end to countless hours of your time stuck in traffic.

Andrea Horwath and the Del Duca-Wynne Liberals will do anything to cancel Highway 413.

They’ll find any reason to say ‘NO’ to building roads and highways. That would only lead to more delays, more gridlock, and longer commutes.

False. The only long term, economically and environmentally sensible solution to moving people and goods in the GTHA is to have fewer cars and trucks on the existing roads. This requires building more public transit, and creating more compact cities where people can walk and cycle. 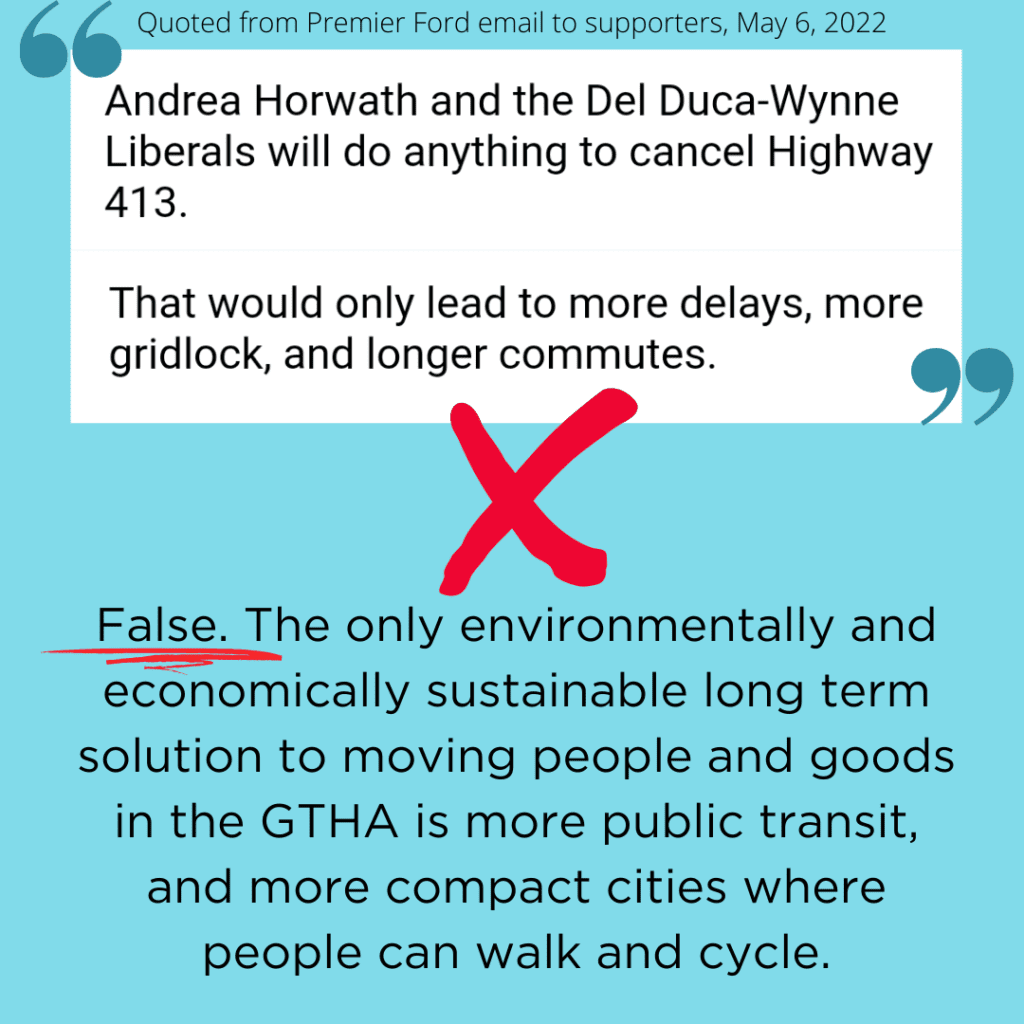 Only we will get it done for drivers and for you Tim. Chip in here now to our re-election campaign!