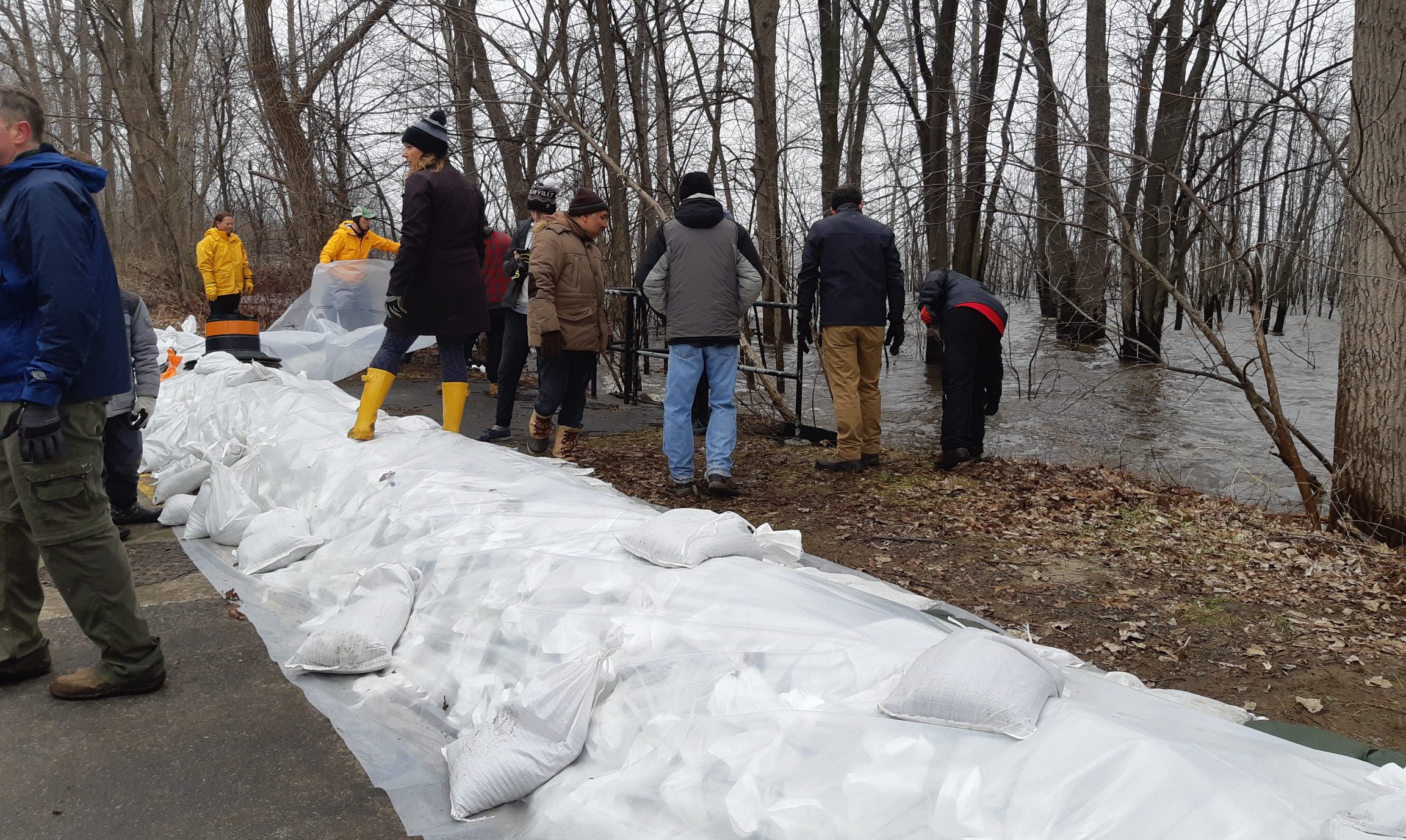 I spent the weekend laying down sandbags to protect the homes of my neighbours from the flooding caused by record-breaking rainfalls in the Ottawa Valley area.  Around the city, and across the river in Gatineau, hundreds of people were doing the same. On all of our minds was the memory of doing this exact thing just two years ago, when heavy rain and snowmelt contributed to the worst floods in decades in Ontario and Quebec.

Of course, we’re not the only area facing this challenge. Flooding in four Canadian provinces has forced tens of thousands of people to evacuate their homes.

As I was filling up and laying down sandbags, people around me were making the connection that climate change is not a problem for the future, but a reality we are living with daily.  The realization that this could be the new normal is a difficult one to come to terms with.  We know that Canada’s climate is warming at twice the global average, that annual precipitation is projected to increase and that more intense rainfalls will increase flood risks. 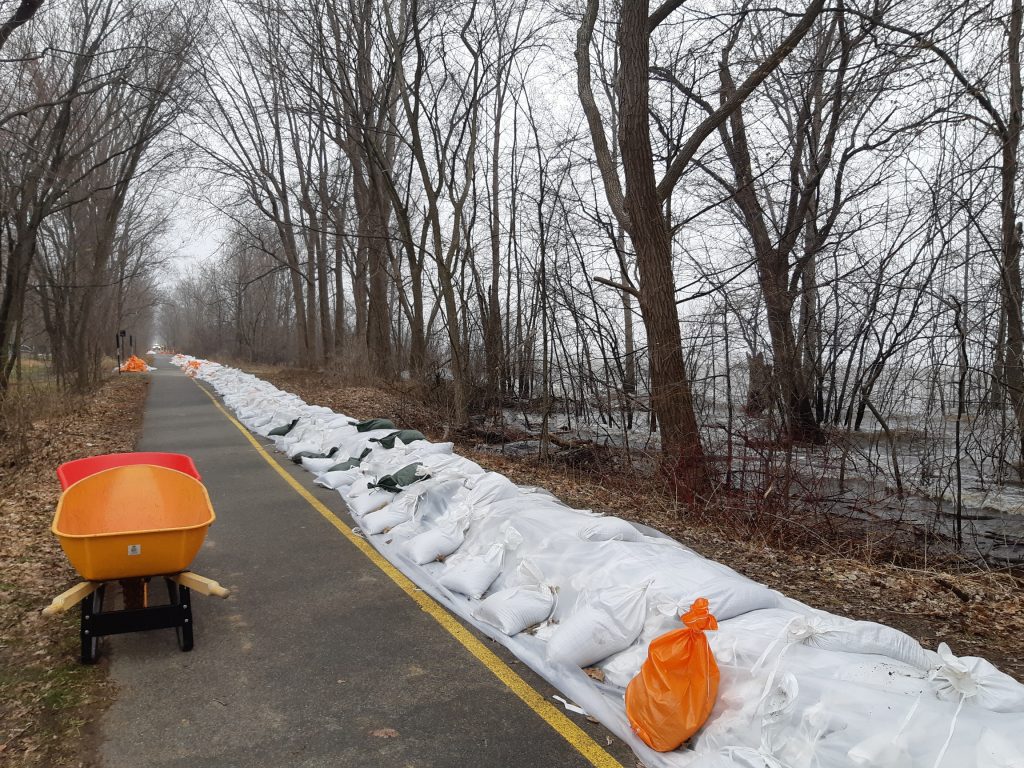 Why is the Ontario government cutting conservation funding at the moment we need them most?

Conservation Authorities evaluate development proposals against the risk they could pose to the watershed, and prevent development from going ahead in places where floods could cause the most damage. The government’s move to cut their funding and narrow their scope of work grants a wish from sprawl developers, making it easier to build wherever the profit is highest. But, this move to bend to developers will have devastating consequences on flooding in Ontario.

Ignoring the science – and putting us all at risk

It’s not that the Ontario government isn’t connecting the increased flooding that we are experiencing with climate change. Ontario’s own bureaucrats have also warned of more intense, and more localized rainstorms, which will cause flooding in urban areas.  Premier Ford himself acknowledged that climate change is the reason flooding is inundating communities for the second time in three years. “They say it’s 100-year storms — well it’s a few years later and we’re back in the same boat,” Premier Ford said.

But acknowledging that climate change is real isn’t enough. We also need action to flight climate change. It’s well-known that Ontario’s new government has axed almost every program meant to cut carbon pollution and slow the impacts of climate change, in addition to the programs to help Ontarians prepare for more extreme weather. What, aside from photo ops in flooded communities, is Premier Ford planning to actually do about this escalating crisis? We’re left with no other choice but to conclude that they know the risks to Ontarians health and safety, and have chosen to walk away from the problem.

Putting an axe to trees: when saving money costs us more

On a similar note, Ontario has also cancelled the 50 Million Tree Program, despite the important role that trees play not just in sequestration of carbon, but also in stabilizing soils, absorbing extreme precipitation and mitigating flooding. 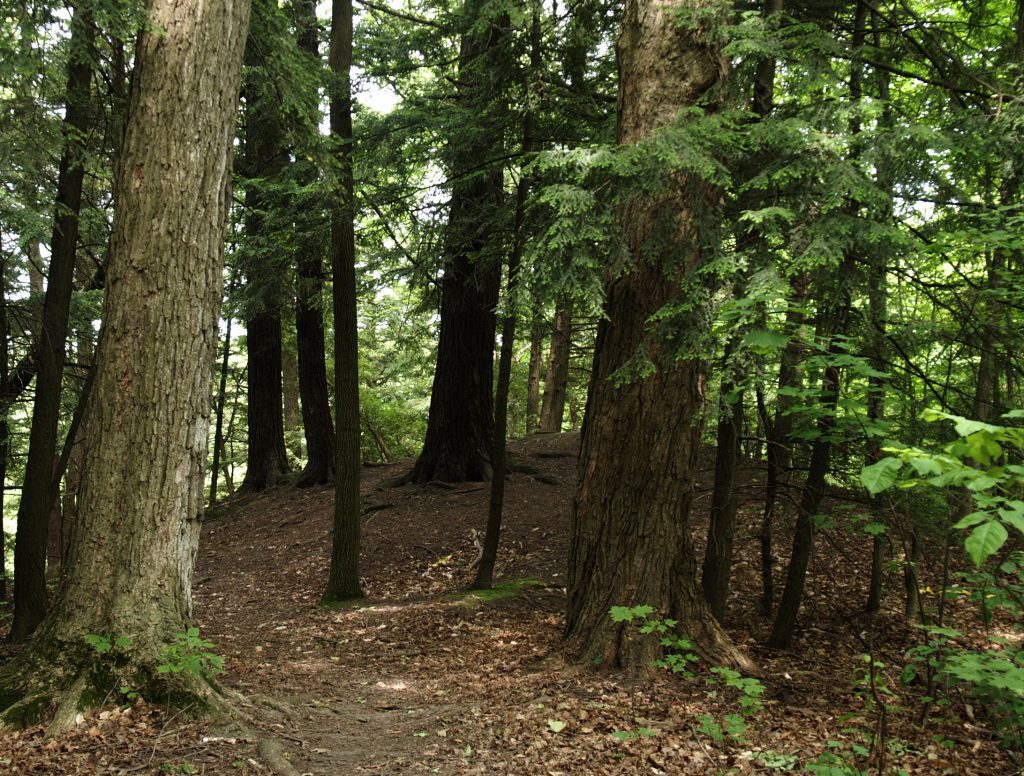 As our government slices its way through essential flood prevention projects in order to save a few million dollars, its seems lost on them that the costs of cleaning up after these events will be a much higher price tag to pay. Federal disaster relief has almost doubled over the last few years and it’s projected to continue to rise. With extreme weather now causing an estimated $1.9 billion annually (and rising), insurance companies are literally begging for more natural infrastructure as cost-saving measures. This saves money by, for example, building natural wetlands to absorb floods, rather than paying to clean them up later.

So many of us are experiencing a personal toll. As neighbours took on this work together, one thing I heard over and over again is frustration with all levels of government. As one student I spoke to put it, “it’s like you have a paper due at the end of the week, but you’re only given one word a day to work on it. The math just doesn’t add up.”

I saw the worry and exhaustion on people’s faces, the friends and neighbours in tears – but I also saw amazing solidarity as people of all ages and backgrounds face this challenge together. These displays of collective action and resilience are exactly the thing that gives me hope that we can make changes to reduce future flooding, especially if we use our voices to demand these changes.

That being said, I still do feel a lot of anger, especially given the policies rolling out from Ontario’s provincial government. We’re doing our part. We’re showing up. We need all levels of government to follow suit. It’s up to us to hold them accountable.

With flood levels predicted to increase this week and then stay high for a while, this is still an all hands on deck moment