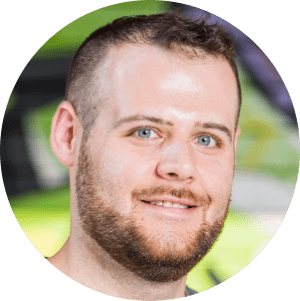 That certainly didn’t take long. Just three weeks into the 21-month review of TransCanada’s Energy East pipeline proposal, the National Energy Board (NEB) has suspended panel sessions amidst conflict-of-interest allegations. The suspension is the latest sign that the review process for pipeline projects is broken and a fundamental overhaul of the NEB is needed.

Yesterday, the NEB announced the cancellation of this week’s scheduled panel sessions in Montreal and the suspension of further panel sessions until it decides whether two commissioners tainted by lobbying allegations should recuse themselves from the process.

If you are just tuning in now, here’s the recap: in what has become known as the Charest Affair, high-ranking NEB officials, including two of the commissioners tasked with objectively evaluating Energy East, met secretly with former Quebec premier Jean Charest to discuss the pipeline proposal last year. The problem is that Charest, a lawyer, was a paid lobbyist for TransCanada at the time.

Worse still, when asked about the meeting, the NEB initially denied that they knew Charest was on TransCanada’s payroll and claimed that Energy East was not discussed. It was only when documents were released under freedom of information laws that the NEB apologized and admitted the meeting discussing Energy East had in fact taken place.

The NEB, which is tasked with undertaking a formal review of Energy East, is a quasi-judicial body, similar to a federal court. In its role, the NEB has to avoid any appearance of bias – already a tall order for a government body that has approved pipelines uncritically for decades. Any claim of impartiality has been tattered by the backroom meeting between NEB commissioners and a TransCanada lobbyist before the official review even got underway.

This is just the latest indictment of a federal review body whose credibility has been questioned by First Nations, big-city mayors, energy policy experts, economists, environmental groups and the Canadian public for years. Even the Prime Minister and Natural Resources Minister have acknowledged the pipeline review process has lost public confidence and needs to be reformed.

That reform is about to begin, but the federal government said that projects that were already underway—namely Kinder Morgan’s Trans Mountain Expansion and TransCanada’s Energy East—would go through a transitional process that will give more voice to First Nations, provide more opportunities for public input, and take climate change into account.

We argued that Energy East should not go through this transitional process because the NEB had not deemed TransCanada’s application complete when the government announced they were going to reform the review process. In fact, TransCanada’s application is arguably still incomplete, given that they haven’t finalized their plans for how the pipeline will cross the Ottawa or St. Lawrence Rivers.

We lost that argument, so we are engaging with the process we have and are formal intervenors at the NEB hearings on Energy East. But now the Charest Affair once again underscores how broken the process is.

Returning to this week’s events, the NEB’s credibility crisis boiled over in Montreal on Monday as protestors disrupted the Energy East hearings before they could get started. Montreal Mayor Denis Coderre, an outspoken critic of the proposed pipeline who was scheduled to present to the review panel, walked out of the room on Monday and reiterated his call for the suspension of the hearings. Even the Globe and Mail has joined those who are saying the NEB has a credibility crisis.

Amidst growing controversy, the NEB has suspended Energy East panel sessions until it decides on formal motions for the two commissioners who met with TransCanada to recuse themselves. Their lobbying activities just point to the larger issue of a government agency being too cozy with Big Oil to objectively evaluate major energy projects.

The federal government has acknowledged the process is flawed. That’s why it is undertaking a review of environmental assessment laws and reforming the NEB, processes that are just now being started. A revamped environmental review framework should restore and strengthen protection of our land, air and water, ensure a project meets a robust climate test, and put in place an objective process that determines whether a project is in the public’s interest.

In the meantime, it makes no sense for the review of the largest tar sands pipeline ever proposed to proceed using a broken process that lacks public confidence. The natural result of a process seen as illegitimate is public protests like the one in Montreal this week.

Now is the time for the federal government to pull the plug on the NEB’s botched Energy East process. Ottawa has to overhaul the NEB and then restart the Energy East review. That’s the only way to ensure an objective, credible review that enjoys public confidence.