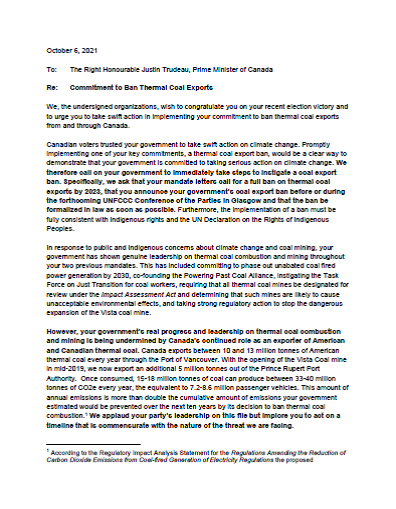 This letter signed by 49 environmental and health organizations, representing nearly three million people across Canada to the Prime Minister.

We urge the government to take swift action in implementing their commitment to ban thermal coal exports from and through Canada. Specifically, we ask that mandate letters call for a full ban on thermal coal exports by 2023, that a coal export ban is announced before or during the forthcoming UNFCCC Conference of the Parties in Glasgow and that the ban be formalized in law as soon as possible.