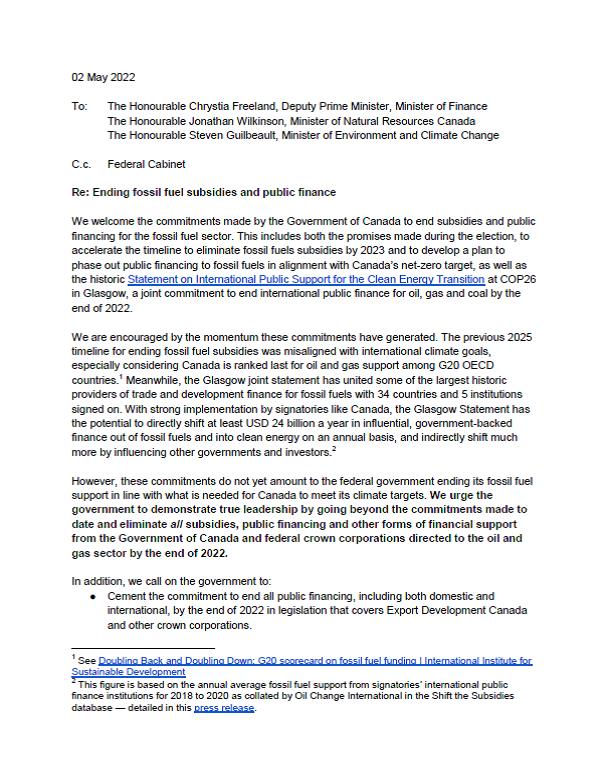 113 civil society groups signed this letter, which welcomes the commitments made by the Government of Canada to end subsidies and public financing for the fossil fuel sector. This includes both the promises made during the election, as well as the historic Statement on International Public Support for the Clean Energy Transition at COP26 in Glasgow, a joint commitment to end international public finance for oil, gas and coal by the end of 2022. However, these commitments do not yet amount to the federal government ending its fossil fuel support in line with what is needed for Canada to meet its climate targets.

We urge the government to demonstrate true leadership by going beyond the commitments made to date and eliminate all subsidies, public financing and other forms of financial support from the Government of Canada and federal crown corporations directed to the oil and gas sector by the end of 2022.