Oil and gas production is Canada’s largest emitting sector as well as its fastest growing source of emissions. The federal government has repeatedly told the public that Canada can be a climate
leader while continuing to have a thriving oil and gas sector.
In reality, Canadian oil and gas companies have released a range of complex, misleading climate change pledges that must not be taken at face value. This report provides a critical assessment of the climate plans of eight Canadian producers of oil, gas, or both: Cenovus, Suncor, Canadian Natural Resources Ltd (CNRL), Tourmaline Oil, ExxonMobil and its Canadian affiliate Imperial Oil (owned by ExxonMobil), ARC Resources, Shell Canada, and Ovintiv. 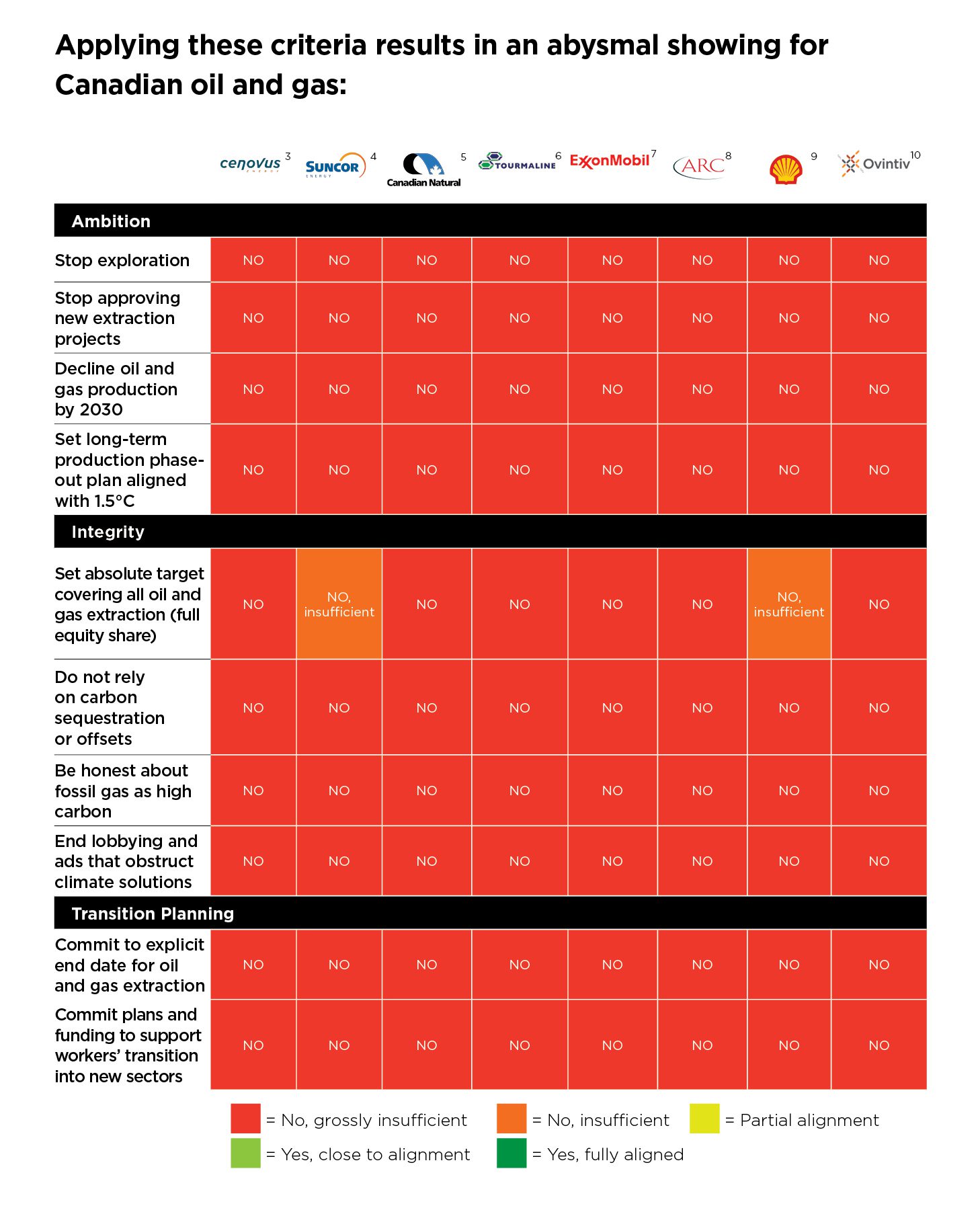