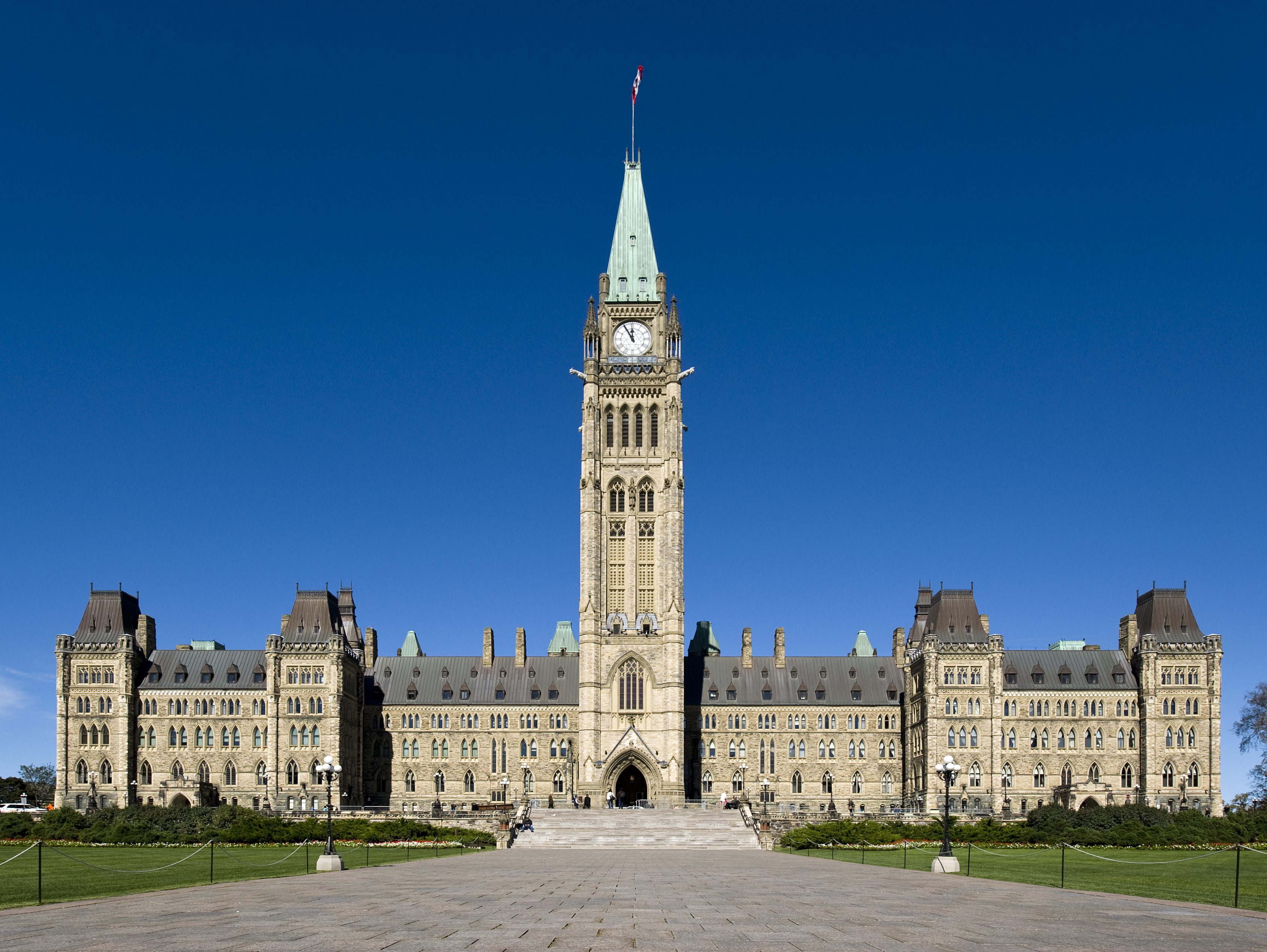 What on Earth is the Speech from the Throne?

The 44th session of Parliament is set to start next week. To kick off the session and lay out the government’s priorities, Governor General Mary Simon will be delivering the Speech from the Throne. It’s a formal address that introduces the government’s direction and goals, and outlines how it will work to achieve them.

[Want to learn more about the Speech from the Throne? Check out our backgrounder.]

So here are our priorities for what should be in the speech from the throne.

1 – An emergency response plan to the climate crisis that addresses oil and gas production as the root cause. This week’s disastrous flooding events in BC are just the latest reminder that the impacts of climate change are becoming more and more devastating – and we know the strength and frequency of disasters will only increase. So we need a response from the federal government to match the scale of the emergency.

– Setting climate targets that align with the science;
– Putting an end to the expansion of oil and gas production and a plan to wind it down over the next two decades (which can be achieved through a strong and declining cap on the sector’s emissions);
– Cancelling the TMX expansion pipeline and saying no to new fossil fuel infrastructure;
– Putting an end to fossil fuel subsidies and public financing and a redirection of those public dollars into climate solutions
– Massive investments in climate solutions like renewable energy, electricity infrastructure, electric transportation, public transit and energy efficiency projects that create good, safe jobs across the country;- Banning the export of thermal coal; and
– A rapid halt to urban sprawl and the conversion of legacy low-density, car-dependent residential neighborhoods to denser, walkable, transit-supporting complete communities.

2. – A commitment to ensure that the transition to a decarbonized economy is just and equitable. This includes developing and implementing a transition plan to phase out fossil fuels, designed by and for workers and communities whose livelihoods will be disrupted by the transition. It also must involve people, including Indigenous Peoples and frontline communities, who have been disproportionately harmed by the fossil fuel-based economy. And it must ensure that polluters are held accountable for their harm to the land, water and climate – including toxic tailing ponds from the oil sands. Oil and gas companies have spent years covering up the true cost of clean up, and will leave the costs to the public without strong accountability.

3. – Creating and implementing a strategy to address the harms caused by environmental racism. Indigenous, Black, and other racialized communities across Canada experience the brunt of harmful industrial pollution and toxic chemical exposures. This harm is the result of systemic racism and policy failure, which is incumbent upon elected officials to rectify. We need a national strategy to confront historical and ongoing environmental racism and take meaningful steps to redress these harms.

4. – Protect people from toxic chemicals by bringing forward a strong bill to modernize the Canadian Environmental Protection Act and move forward with regulations that require transparent labelling of consumer products.

5. – Concrete action to tackle plastic pollution. Steps must include immediately implementing the promised bans on selected single-use plastics, requiring new plastic products to contain a significant amount of mechanically-recycled material, accelerating the development of systems that enable reuse of packaging and enforcing the right of Canadians to repair devices and appliances instead of throwing them away.

6. – A rejection of false solutions to climate and pollution crises that will only lock in more pollution, such as subsidizing carbon capture and storage, fossil-derived “blue” hydrogen and “advanced” or “chemical” recycling.

7. – Protecting the Great Lakes by supporting the closure of Enbridge’s Line 5 pipeline. Line 5 — a 68-year-old, deteriorating oil pipeline — crosses through the heart of the Great Lakes and the ecologically sensitive Straits of Mackinac. It has leaked 33 times since 1953 spilling at least 4.5 millions liters of oil into surrounding lands and waters. Alternatives to Line 5 exist. We must put the health of the people and the planet ahead of the short term financial gain of Enbridge – a multibillion dollar corporation and fossil fuel giant with an awful environmental track record.

8. – Prioritizing freshwater by working with all stakeholders to modernize the 50-year-old Canada Water Act to reflect the challenging realities that freshwater faces across Canada including issues such as climate change, upholding Indigenous water rights, and reducing nutrients, toxics, and plastic pollution. In addition,implement a strengthened Freshwater Action Plan, including an historic investment of $1 billion over 10 years as a minimum.

9. – Advancing regulation on climate finance to ensure investments made by Canada’s financial institutions align with our Paris Agreement commitments.

10. – Respect Indigenous rights and law, working in a nation-to-nation partnership. This means committing to the full implementation of the United Nations Declaration on the Rights of Indigenous Peoples – including upholding the principle of free, prior and informed consent – and fully implementing the 94 calls to action of the Truth and Reconciliation Commission. 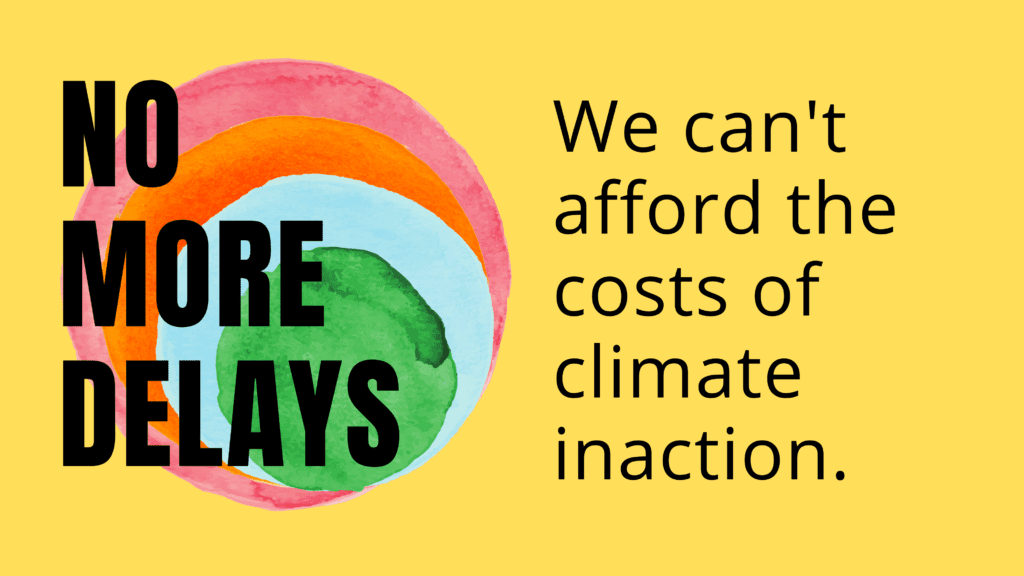 As public opinion polls show, a majority of Canadians know there is no time to waste. We expect  a government that can deliver at the scale and pace required by science. Canada’s new government will need to get to work as soon as possible to make good on the promises made during the election