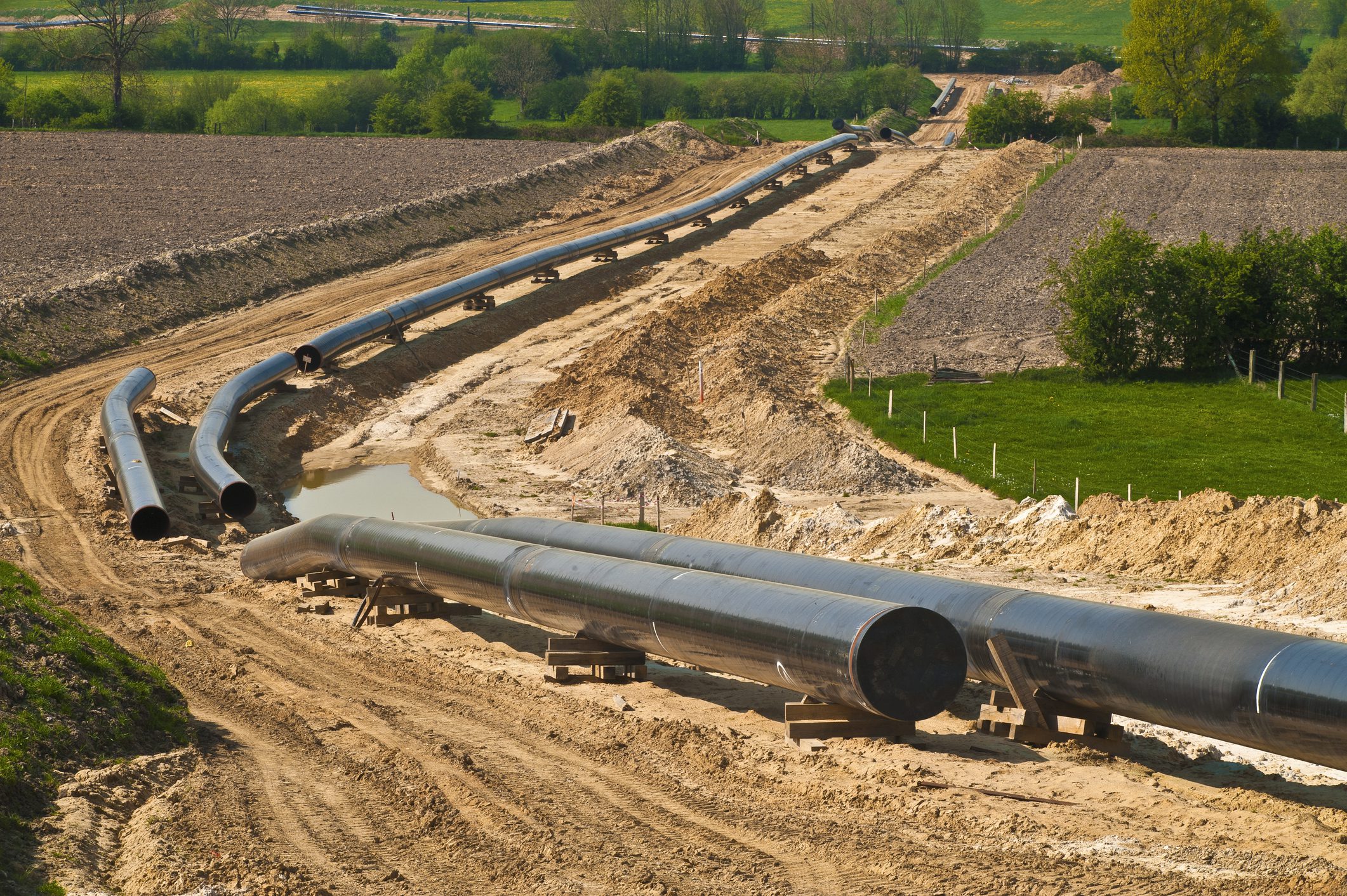 This election, we need real climate plans not false solutions

As political parties prepare their election platforms and publish their climate priorities, it can be difficult to determine which parties are releasing strong climate plans that put us on a pathway to zero emissions – and what policies are actually dangerous distractions from real solutions.

We’ve created a tool to help voters determine what should go in a strong climate plan – but it’s just as important to point out the things to beware of.

This is especially critical given all the noise coming from the oil and gas sector – and the institutions propping them up – suggesting that the only way to tackle climate change is by paying the very companies fueling the climate crisis to lower their emissions! The window for keeping global warming to 1.5 degrees is narrowing. We no longer have time for incremental emission reductions that aren’t aligned with a pathway to zero emissions.

In this blog, we’ll take a look at the technologies that are being sold as climate saviours when their real objective is to prolong the life of the polluting fossil fuels which are driving climate change: carbon capture, offsets and ‘blue’ hydrogen.

Though our focus is on how none of these options will put a dent in our emissions, it’s also important to note that decreasing emissions isn’t our only priority. Producing and using fossil fuels creates a lot of damage beyond climate disasters. Taking a look at the devastation caused by the oil sands makes that clear: air and water pollution, massive scars on the land, the trampling of Indigenous rights. Even if it were possible, simply eliminating carbon emissions from fossil fuel production would not address the myriad impacts of fossil fuel production faced primarily by Indigenous and front-line communities. 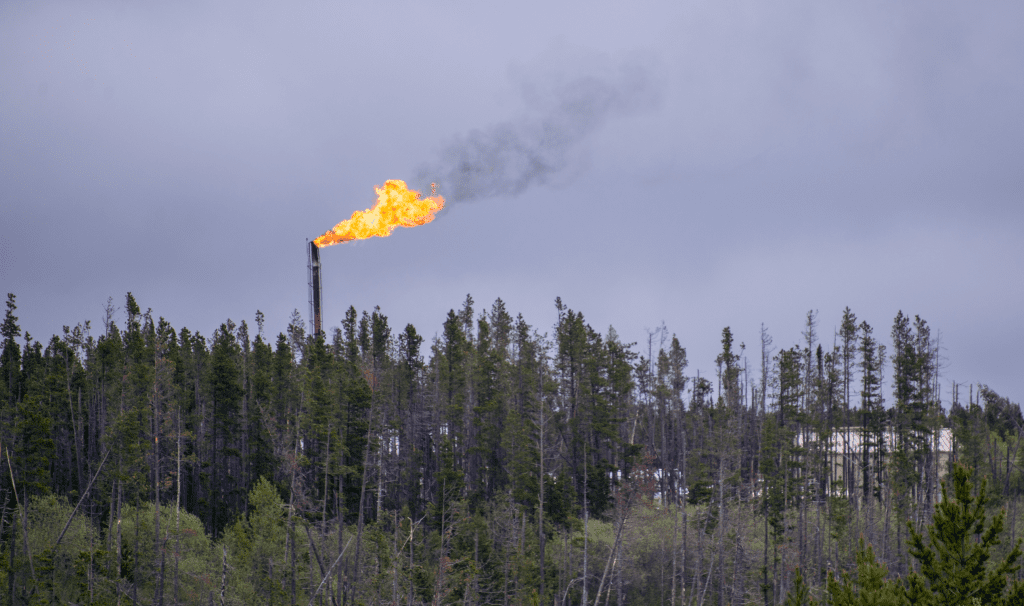 Carbon capture and release: a license to pollute

Oil and gas companies like to paint a future where we can still have oil and gas production, but where power plants and oil refineries can capture carbon dioxide from smokestacks and bury them deep in the ground.

But the truth is carbon capture is a distraction from the rapid transformation required to keep global warming below catastrophic levels this decade. Worse, carbon capture offers fossil fuel interests a new technology through which to solicit public funding while allowing them to continue extracting and burning dirty fuels.

There are many, many concerns with carbon capture technology. Here are just some of the highlights:

To date, almost all of the captured carbon is actually being used to  pump more oil out of the ground that would have otherwise been unreachable. A 2020 review of scientific research found that popular carbon capture methods have actually put more CO2 into the atmosphere than they have removed.

The bottom line is the most effective way to deal with emissions of carbon dioxide is to prevent them from ever being created rather than trying to pluck them haphazardly from the air or smokestacks. 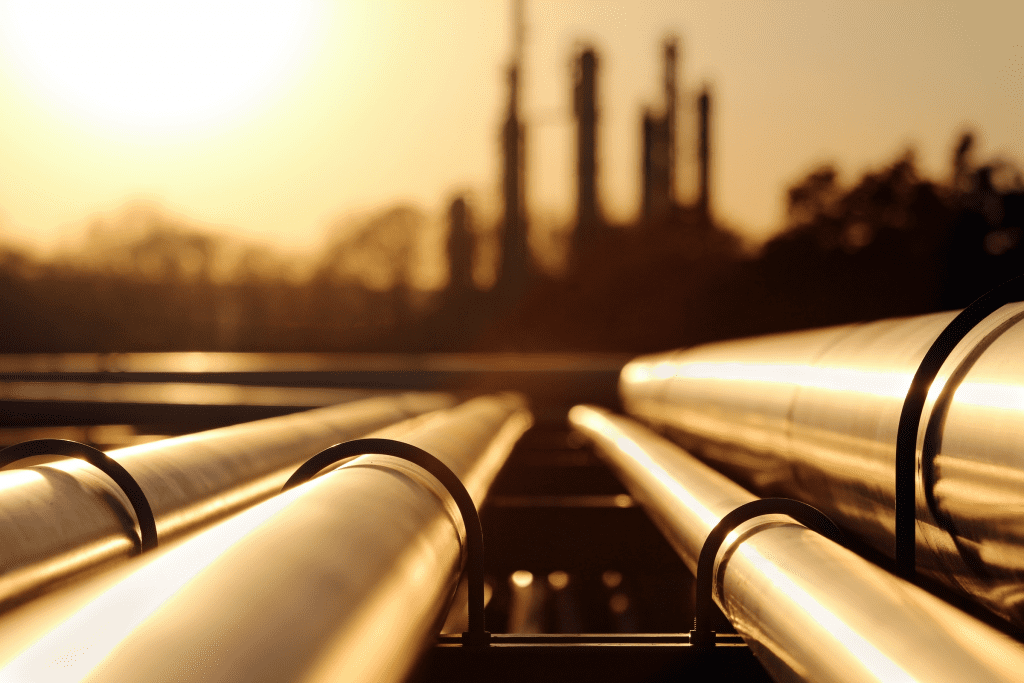 Hydrogen, like electricity, is an energy carrier – it can be used to store and deliver usable energy. Hydrogen doesn’t typically exist by itself in nature and must be produced from compounds that contain it. (Check out this blog for a backgrounder on hydrogen.)

Since when hydrogen is burned, it doesn’t create any greenhouse gas emissions, hydrogen is being presented as a key climate solution. But not all hydrogen is created equal. You can create hydrogen using renewable energy or with fossil fuels. The vast majority of hydrogen being produced today comes from fossil fuels – with huge levels of emissions.

The natural gas sector is looking to fossil fuel derived hydrogen in a desperate attempt to find new markets for their products, as the world moves away from oil and gas. The promise coming from the industry is that carbon capture technologies can be used to develop emissions-free fossil hydrogen – so-called ‘blue’ hydrogen.

Earlier this month, a new study from Cornell and Stanford found that ‘blue’ hydrogen is even worse for the climate than coal or natural gas, and concludes there is no role for blue hydrogen in a carbon free future. To the degree that hydrogen plays a role in a future energy grid, it will be ‘green’ hydrogen produced from renewable electricity, not fossil fuel-derived ‘blue’ variety.

The gas industry is promoting the widespread use of hydrogen for home heating and transportation – but these are areas where we have actual climate solutions, like heat pumps and electric vehicles, that are cheaper and better.

Focusing on hydrogen helps oil and gas companies greenwash themselves, but it won’t help us make the deep emissions cuts we need to tackle the climate crisis.

A growing number of businesses and governments are claiming that all or parts of their activities are ‘carbon neutral’ through the purchase of carbon offsets. Offsetting is a way of paying for others to reduce emissions or absorb CO2 to compensate for your own emissions (think paying for planting or conserving trees) . Offsetting essentially means for every ton we remove, we emit a ton somewhere else.

Purchasing offsets can be seen as an easy way out for governments and businesses and to continue polluting without making changes to the way they do business or their behaviour.

Storing carbon in trees takes decades. Burning fossil fuels releases carbon immediately. Furthermore, carbon “stored” in trees or other ecosystems is not stored permanently (when trees die, that carbon is released into the air) – so it is not the same as fossil carbon left underground.

Protecting forests and restoring natural ecosystems is vital both for wildlife and the climate, but it’s not a substitute for reducing carbon emissions directly. We need to be doing both.

There are justice implications to using offsets as well. It’s cheaper to set up offsetting projects in the Global South, which means that they may come at the cost of Indigenous Peoples’ rights, or they may be on land that would be better used for meeting local community needs.

Offsetting schemes provide a good story that allows companies to swerve away from taking meaningful action on their carbon emissions. But relying on carbon offsets is the equivalent of  just moving deck chairs on the Titanic. Accounting tricks will not solve climate breakdown.

We don’t need to fix fossil fuels; we need to ditch them.

We shouldn’t get distracted by these red herrings. The majority of emissions reductions will come from the displacement of fossil fuels by wind and solar, which are already mature, affordable and being deployed across the world.

As you parse fact from fiction in political election platforms, it’s important to pay attention to which policies are being prioritized – and what their impact will be. Are parties serious about a transition away from fossil fuels – or are they looking to support the powerful companies responsible for the climate crisis?