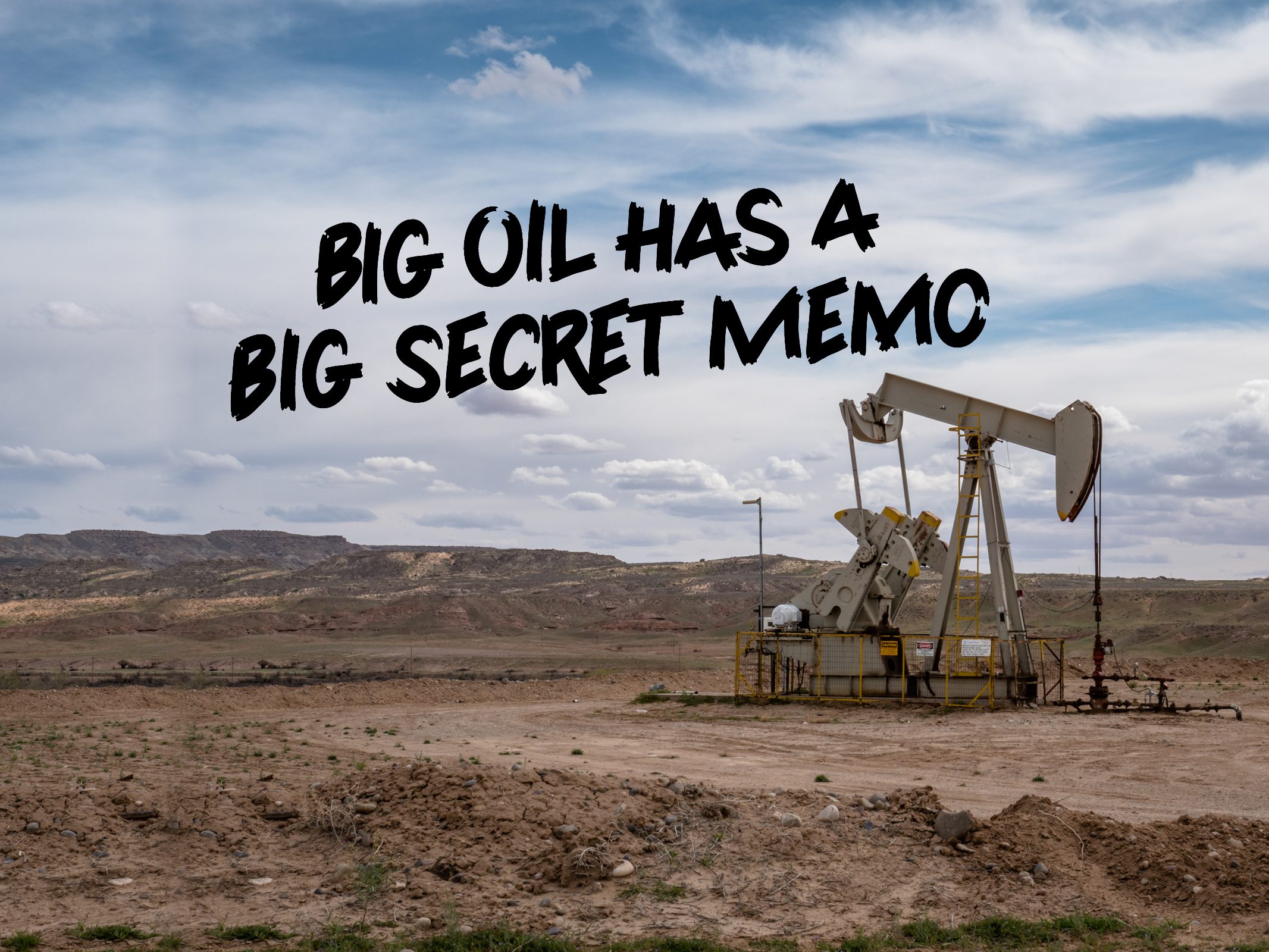 We have the oil lobby’s secret list of COVID demands – if approved, they would set environmental protection back decades

As Canada faces an unprecedented health crisis, a leaked secret memo from the Canadian Association of Petroleum Producers (CAPP) to the federal government reveals the oil industry’s demands for exemptions from environmental laws, regulatory rollbacks, and increased secrecy. The 13-page memo asks for a massive rollback in regulatory oversight, a full stop to the development of any new climate policy, and for the industry to be exempted from the requirement to report on lobbying activity.

(Tell the government to say no to CAPP, and support a green and just recovery instead.)

All this is quite appalling. And it has nothing to do with COVID or the desperate global economics of oil and gas. This is a crass attempt by oil companies to exploit a global health crisis to ram through every demand they’ve ever made, and many they never would have tried if there wasn’t a global emergency.

Here are the highlights.

All barriers to oil and gas expansion removed

The memo frequently makes reference to a “first do no harm principle” but it’s clear Big Oil is only selfishly referring to any actions government might take that impacts the industry’s bottom line. The measures they are demanding would put Canadians at risk, threaten birds, fish and other wildlife, and obliterate any hope for Canada in meeting its international obligations to fight climate change.

It is particularly galling that the oil and gas industry is essentially saying that protecting the rights of Indigenous Peoples should take a back seat to its own narrow self-interests.

The request to suspend the legal requirement to report lobby meetings with government  highlights that they wish to engineer this takedown of environmental, health and climate protections in secret. As evidence of their overwhelming presence on Parliament Hill, in the last 20 days of March, the lobby registry shows that CAPP alone (not including all the oil companies that make up its membership) had 29 separate meetings with federal officials. I guess CAPP needs a lot of meetings to convince the government to fundamentally change its approach to environmental, Indigenous, health, and climate policies…and they would feel better if this was done in secret.

There are also some fundamental contradictions in oil companies’ demands. On the one hand, Big Oil argues that processes to introduce climate and environmental policies should be slowed down to allow for consultations, which are difficult to undertake now. But the federal government should “immediately” finalize agreements with Alberta and Saskatchewan that would weaken regulations on reducing methane from oil and gas facilities.

Another example: CAPP argues that it is unsafe for workers to monitor smokestack pollutants for or test for methane leaks, tests that generally require two workers. But there are work camps with hundreds of workers building oil and gas pipelines or running tar sands mine…some of which now have COVID-19 outbreaks, which clearly are not essential services in the middle of a global oil glut.

To add insult to injury, CAPP is requesting for an indefinite suspension of regulatory requirements to monitor industrial emissions of toxic nitric oxides (NOx). In the midst of a respiratory disease pandemic that’s overwhelming our healthcare system, strict monitoring of air pollutants such as NOx is of utmost importance. Temporary increases in NOx levels can drive increases in hospital admissions and lung and heart conditions that are associated with worse COVID-19 outcomes, thus putting the lives of nearby residents and workers in serious risk.

CAPP is also calling for a delay in strengthening Canada’s toxics law, the Canadian Environmental Protection Act (CEPA), a severely-outdated piece of legislation whose reform is poised to protect workers and vulnerable populations from toxic exposures and lower the rates of chronic illness and associated health care costs.

It goes without saying but the federal government should publicly reject this greedy, grasping effort by the Big Oil lobby to undermine progress on climate change and put Canadians at risk. The government must stand up for citizens and refuse to give the oil and gas industry special exceptions from the rules that keep us safe