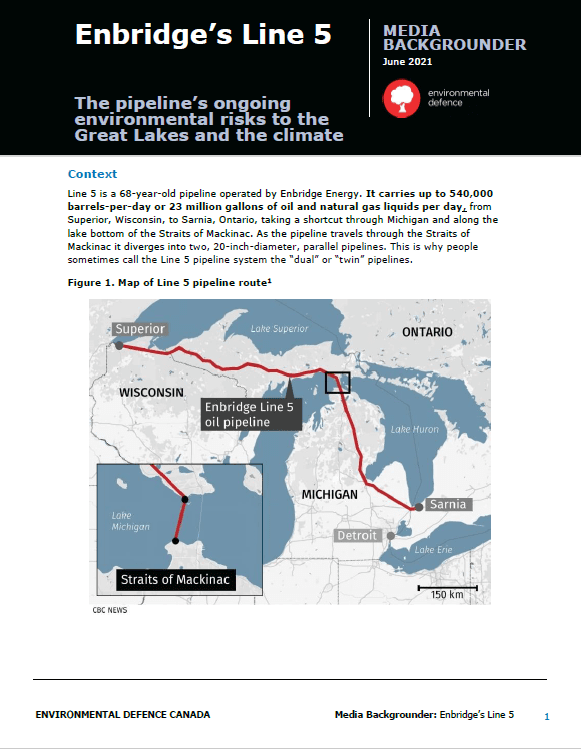 Line 5 is a 68-year-old pipeline operated by Enbridge Energy. It carries up to 540,000 barrels-per-day or 23 million gallons of oil and natural gas liquids per day, from Superior, Wisconsin, to Sarnia, Ontario, taking a shortcut through Michigan and along the lake bottom of the Straits of Mackinac.

Line 5 has been plagued by a series of issues and has leaked at least 29 times since 1953, spilling 4.5 million liters of oil into the environment, causing harm to nearby communities and waterbodies.