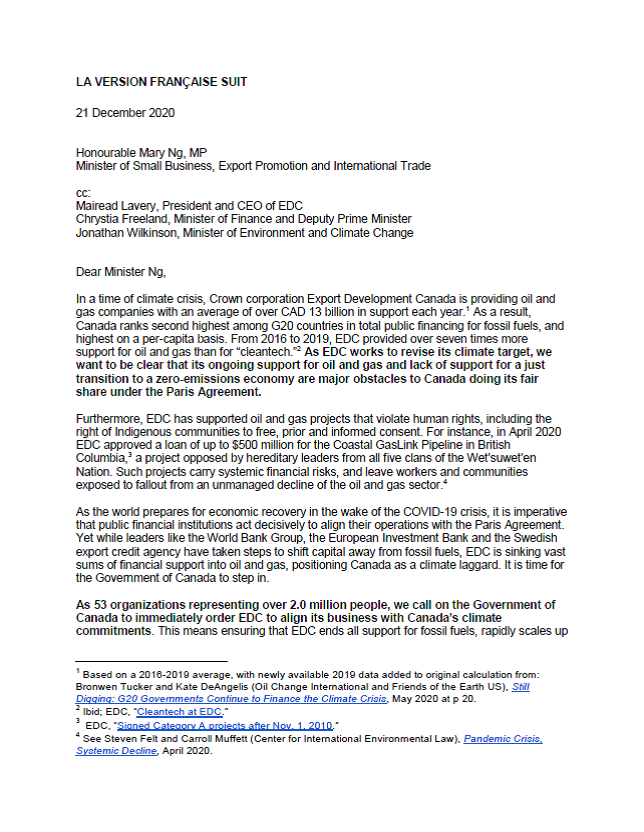 In a time of climate crisis, Crown corporation Export Development Canada is providing oil and gas companies with an average of over CAD 13 billion in support each year. As a result, Canada ranks second highest among G20 countries in total public financing for fossil fuels, and highest on a per-capita basis. From 2016 to 2019, EDC provided over seven times more support for oil and gas than for “cleantech.” As EDC works to revise its climate target, we must be clear that its ongoing support for oil and gas and lack of support for a just transition to a zero-emissions economy are major obstacles to Canada doing its fair share under the Paris Agreement. As 53 organizations representing over 2 million people, we call on the Government of Canada to immediately order EDC to align its business with Canada’s climate commitments.