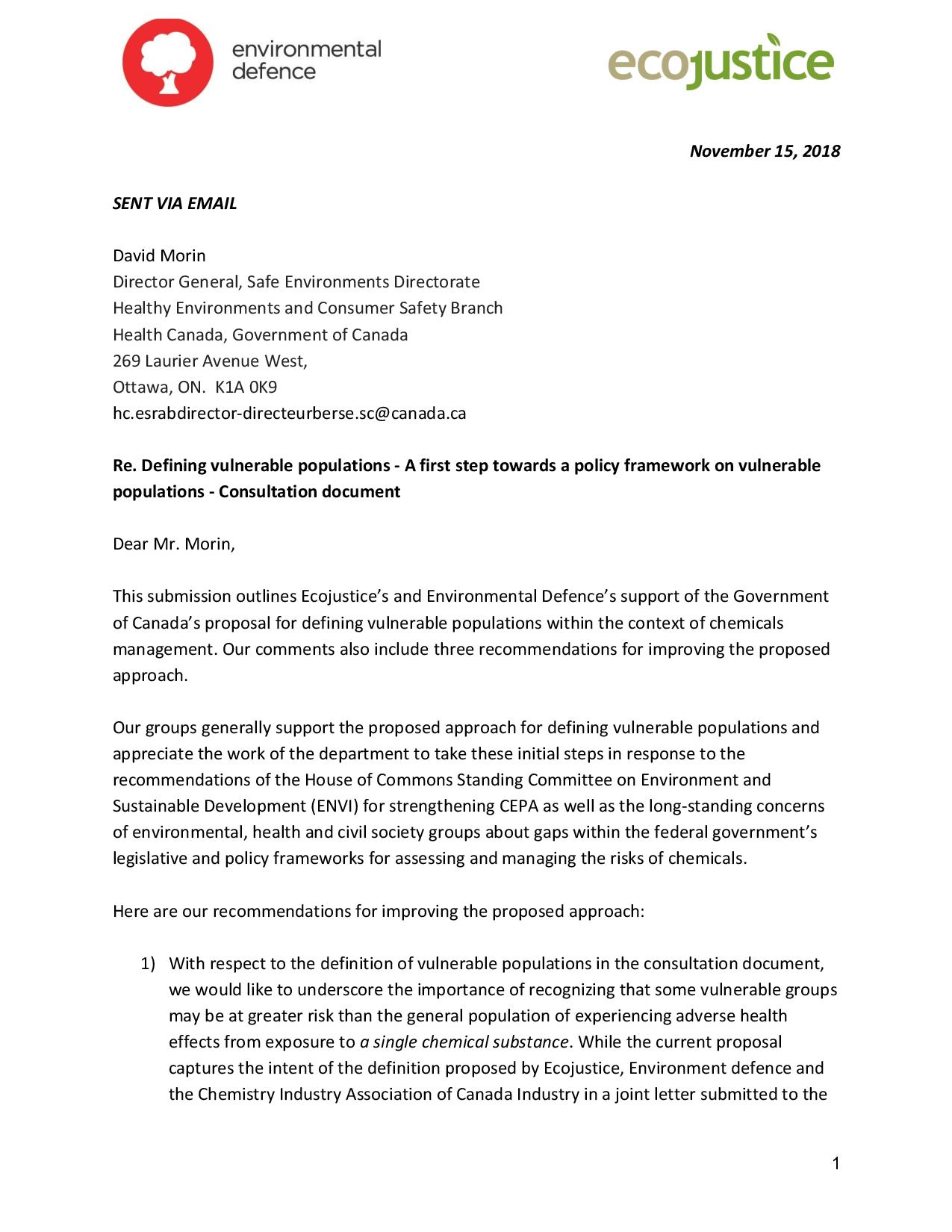 Since the launch of the federal Chemicals Management Plan in 2006, Canada has consistently overlooked how vulnerable and marginalized populations such as pregnant women, workers, lower income families and indigenous communities are impacted by chemicals in government risk assessment and management decisions. This has resulted in few chemicals being designated toxic and regulated. For example, the EU is banning BPA in receipts starting 2020 because of unacceptable risks posed to cashiers and workers. In Canada, BPA continues to be allowed in receipts because the federal government has not considered risks to workers.

In 2018, the federal government took the first step to develop a vulnerable populations policy in response to recommendations provided by Environmental Defence and other advocacy groups that were adopted by the Standing Committee on Environment and Sustainable Development in its review of the Canadian Environmental Protection Act (CEPA). The federal government is proposing a definition of vulnerable populations to guide its new policy that mirrors the definition proposed by Environmental Defence and Ecojustice. This is a positive and significant step in the right direction. If adopted alongside law reforms to make consideration of vulnerable populations required by law, Canada’s chemicals regulatory system would ensure stronger protections for Canadians from toxic chemicals.

(Adobe Reader is required to read this pdf report. Please ensure you have the latest version.)