Toxic BPA & Regrettable Substitutes in the Linings of Canned Food

The chemical bisphenol-A (BPA) is toxic to human health. So toxic, it’s been banned from baby bottles in Canada. But it’s still widespread in food cans, as research by us, and five US non-profit groups, shows. We found BPA in 81 per cent of tested food cans from three major Canadian retailers – in both national and store brands.

This is a serious problem. BPA that’s used in can linings can leach into the food, ultimately ending up in our body. There it mimics human hormones, increasing the risk for serious health issues like cancer, asthma, and behavioural problems in children.

It’s time to ban dangerous BPA from all food contact materials in Canada.

Read the backgrounder in English or en français.

Bisphenol A (BPA) continues to be widely present in the linings of many food cans in our grocery stores. This means that Canadians are putting their health at risk when they consume canned foods that may be contaminated with hormone-disrupting BPA.

Canadians should not be putting their health risk when they eat canned food. BPA is already banned in baby bottles and sippy cups because it is toxic. Ask the federal government to ban the use of BPA in food can linings.

BPA can be found not just in food cans, but also in many other consumer goods. Learn how you and your loved ones can lower the risk of exposure to BPA with our handy pocket guide.

Help get the word out about the presence of BPA in canned food by sharing this on Facebook and Twitter:

#Toxic BPA is lurking in 81% of tested Canadian food cans. Time to ban the chemical: environmentaldefence.ca/bpa 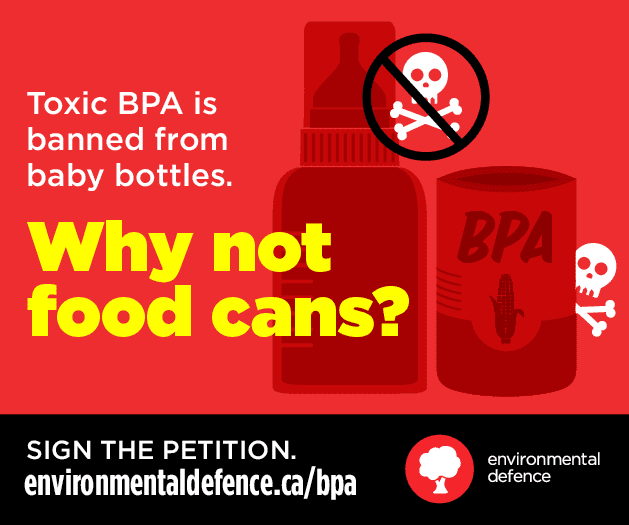 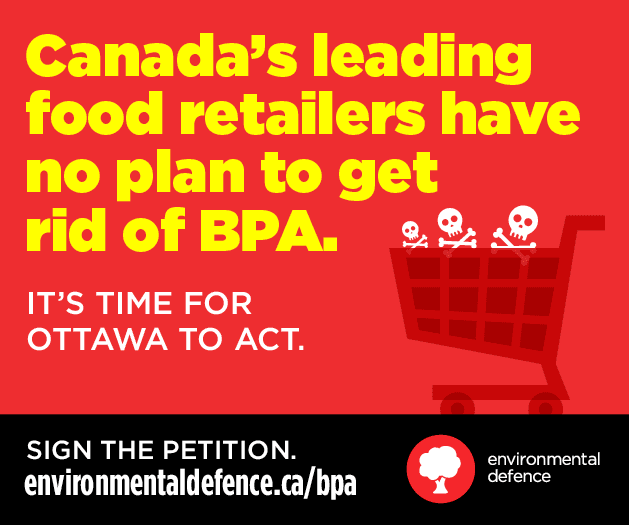 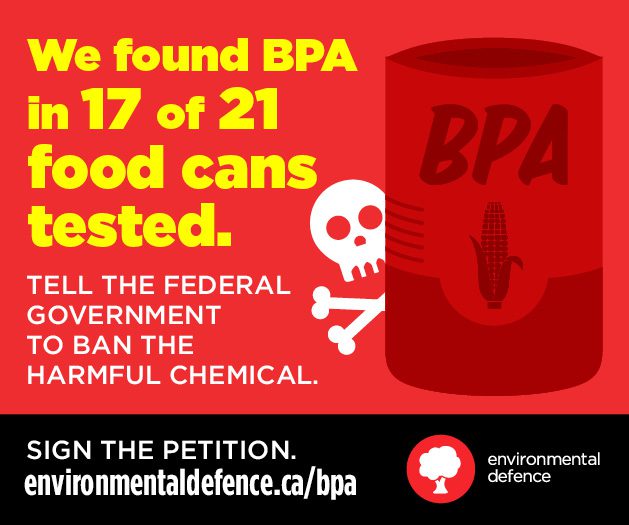 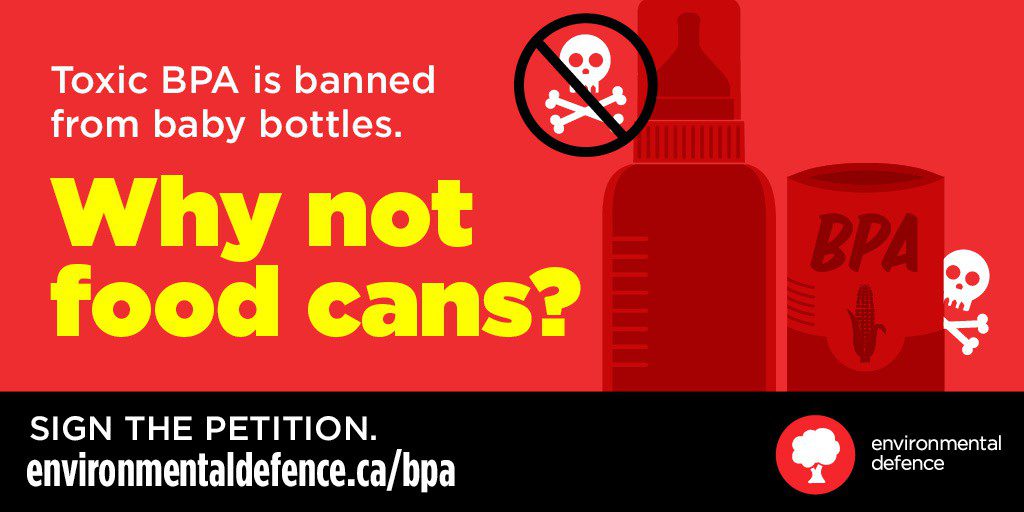 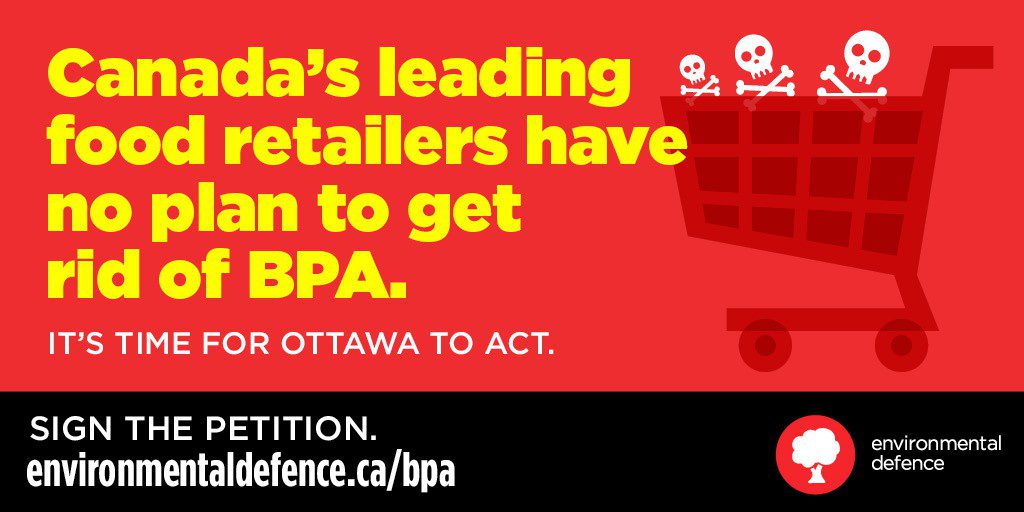 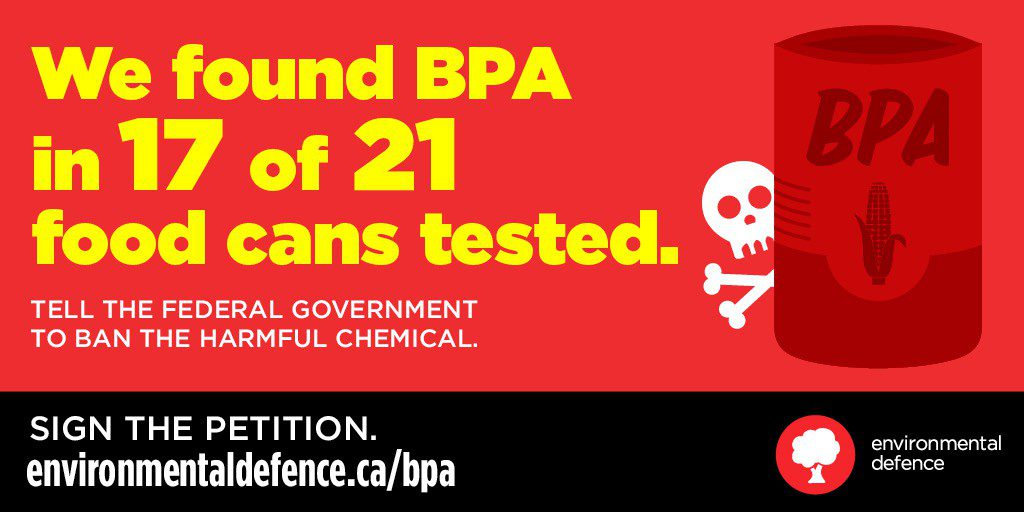